2K Sports today revealed a whole boatload of information about NBA 2K14
on next-gen consoles, which includes a four-tier approach with NBA
Today, MyCAREER. MyTEAM and MyGM all receiving a huge imagining for
next-generation consoles.

Aholbert32 attended the event and will post what he can, when he can.
Follow him on Twitter. Hands-on impressions, etc. are coming soon from
the event!

Check out the full details from the presser below:

The first thing you need to know, NBA 2K14 is not a port. It has been
built from the ground up for the new hardware with a new engine called
"Eco Motion."

The game will feature much improved graphics, with additional details
like leg tattoos, new celebrations, hairstyles, and facial hair.

2K will be focusing its efforts on four main pillars of gameplay: NBA Today, MyCAREER, MyTEAM, and MyGM.

NBA Today is brand new, built from the ground up. Video highlights from
previous days games will be shown with the menu looking like a
scoreboard w/ all games listed.

All your NBA news connected on your console updated daily. This is all
driven by Dynamic Living Rosters - which is adjust daily based on how
players are performing in the real world.

Points of emphasis has been added to the game, which is a feature last
saw in the old College Hoops franchise. No warmup outfit for bench
players, but the crowds look much better. There are now less duplicates
in the crowd. FYI the gameplay clip we saw was only 4 possessions.

Little imperfections of dirt on the backboard tells you all you need to
know about the attention to detail. 2K built a material library. It
looks like 2K took each arena and really upgraded them.

Details shown at scorers table. A thumbprint on a monitor is shown.
Redid the scoreboards in each arena and the lighting in each arena, it
is a small but definitely noticeable improvement.

2K now showcasing Kobe Bryant getting head scanned. Kobe hung around while they built his model and his reaction was "GTFO here"

Watching Lebron face map. Asking him to make intense faces. Can’t lie
the game has his and Kobe’s face down. KD’s and Iguodala face maps. Both
look great. Even have KD’s bad skin.

The team captured and head scanned constantly working around NBA
schedules to capture nearly every player in the NBA. Hundreds of players
with thousands of expressions you will see in the game. Showcasing art
of those now. This is photo realism.

Mike Wang is on and speaking about elevating the game harnessing the
tech. Primarily in physics and animations. Foot planting clips shown.

Wang is talking about Ecomotion. Foot planting. No sliding or phantom
steps. Showed difference between cur and next gen. It looks great.
Really no sliding. Now showing dribbling. Ball actually rotates while
dribbling which is not in current gen.

Coaches will adapt to what is happening in the game. So game plans will dynamically change based on what other teams are doing.

Rob talks about points of emphasis. Every coach will have its own ai and strategize based on how the game is going.

There are nine different options on offense and defense to strategize how to defend or attack your opponent.

Emotion Plus will categorize all the players personalities. For example, Kobe is an Alpha Dog. He wants the ball, he's fierce.

"Human emotions translate into performance. Every player has personality, highs are highs, lows are lows."

Emotion plus is a new feature. Each player has a personality. Personality and game events can affect how a plot performs.

My GM is new franchise mode. Lots of RPG elements are in the next-gen game.

MyGM is a cerebral experience. Every decision changes the world around you. GM has attributes and special abilities.

MyGM includes conversations. You have to asses the emotional intelligence of the person you're talking too.

You will get fired from the owner of you don't maintain harmony in your
organization, locker room and fan base. Revolutionizes what franchise
mode is.

This is the complete evolution of association mode. Decisions and reactions is what this mode is all about.

"We have built a completely new experience for franchise players. All
your day to day experiences have no right or wrong answers."

Complete cut scenes in MyCAREER. Team captured hundreds and hundreds of
scenes. A rival, agent, buddies and a compete cast of characters.

This mode "will leave you asking, "what will happen next?" Building relationships, making deals, etc..

Over 40 hours of gameplay in your first year alone.

"captured 1000s of cut scenes w actors & whole life of player. Every
experience of being NBA player. All you want to see is next path"

When you're not balling in MyCAREER, you can hang out with hundreds of MyPlayers in the Park.

Open field of courts shown with hundreds of MyPlayers playing. Quite a tease.

Jeff: "When MyPlayer isn't balling, he likes to hang with 100 of his friends at The Park."

That was the conclusion of the presentation from 2K. We will have hands-on experiences from the event very soon! 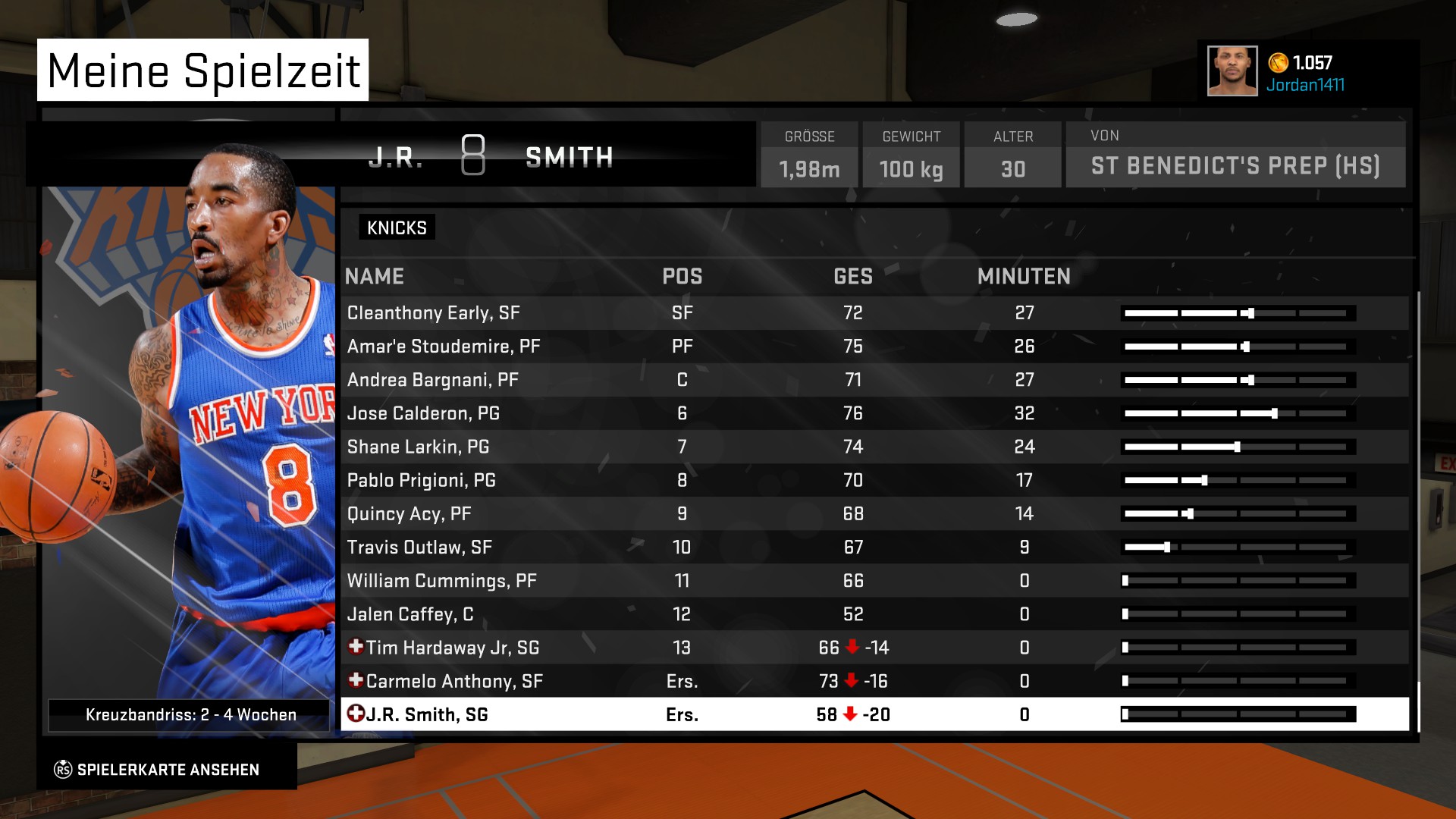